Berlin is an amazing city. Over an incredibly hot weekend in August 2016, there with my husband and son visiting a dear friend, I shot film after film on my Polaroid LandCamera SX70. On returning to my then studio in East London, I put all the shots up in a large grid on the wall. All the same film stock shot in the same camera and in identical conditions had produced half images of brown and and half of blue hues. I chose to work over all the blue ones first then completed the brown, for once documenting the before and after in sequence. I was painting at a tremendous rate by the end to complete them all for a show (in London in 2017, just before moving to Glasgow).

As it happened, a few of the shots had my husband (who was with me and had for once planned a walking route) pushing our son in his pushchair up ahead. Those I could not bring myself to obliterate, so the series numbers 79 not 81 completed painted/drawn over Polaroids. I gave the series a pale blue sky and there were more clouds than I recall from those days of summer heat. 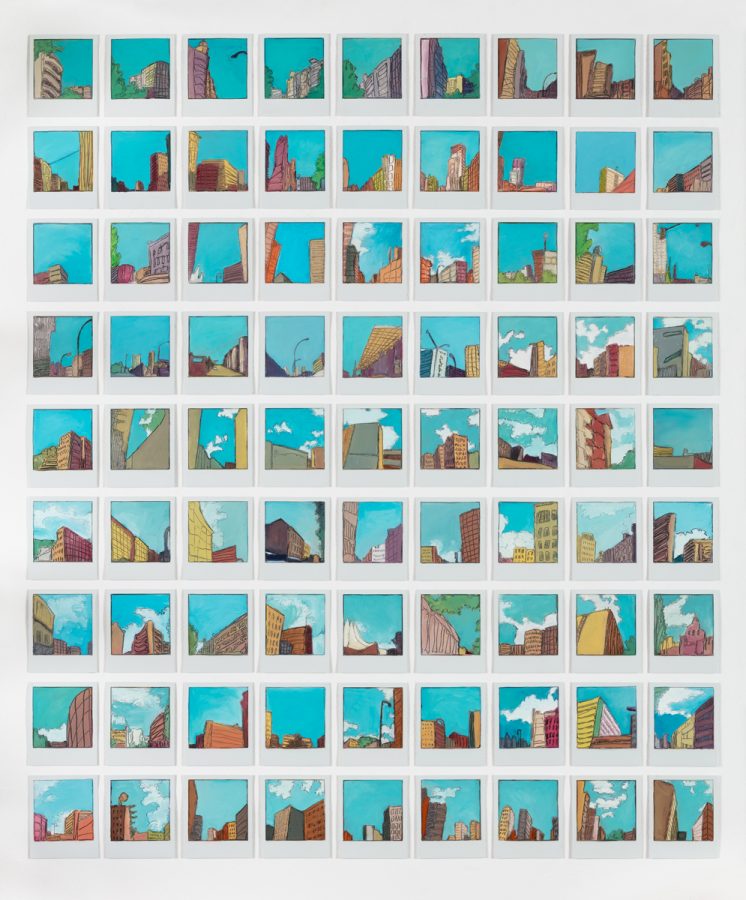 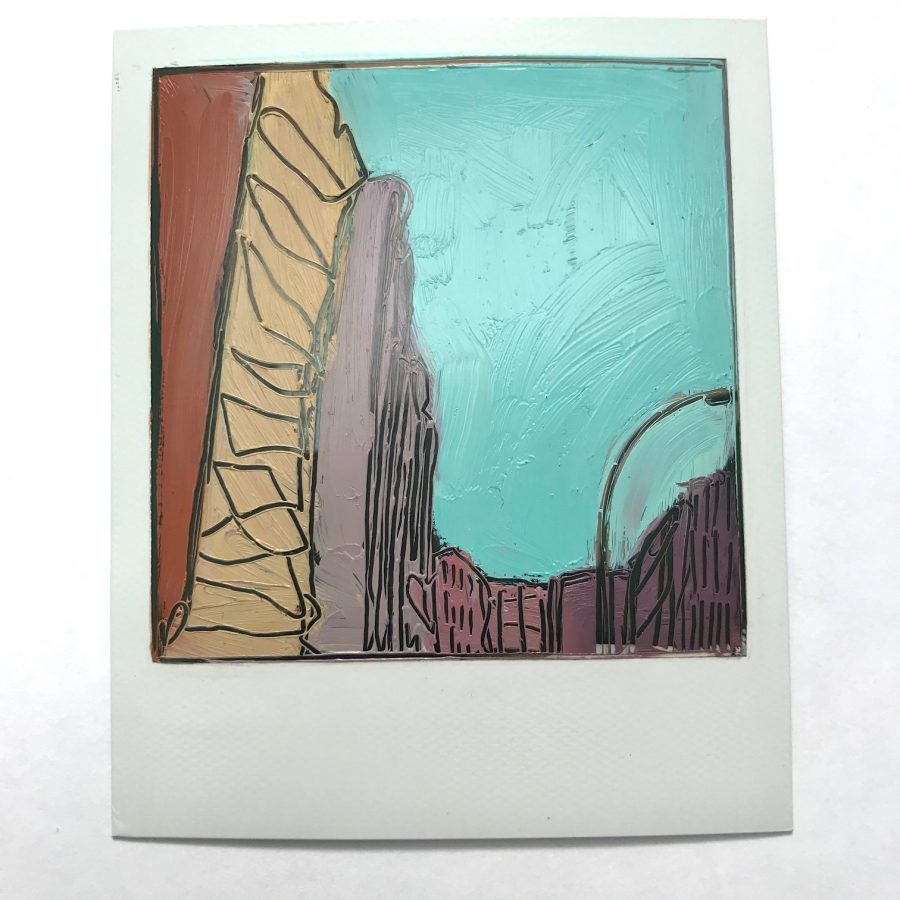 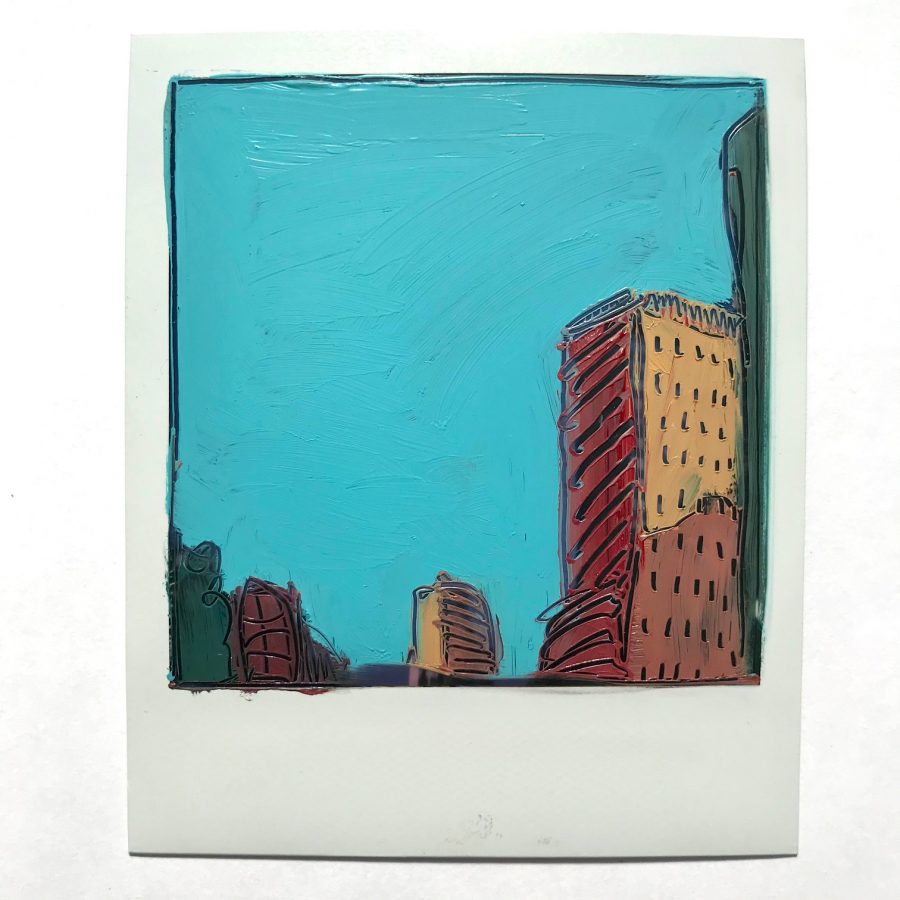 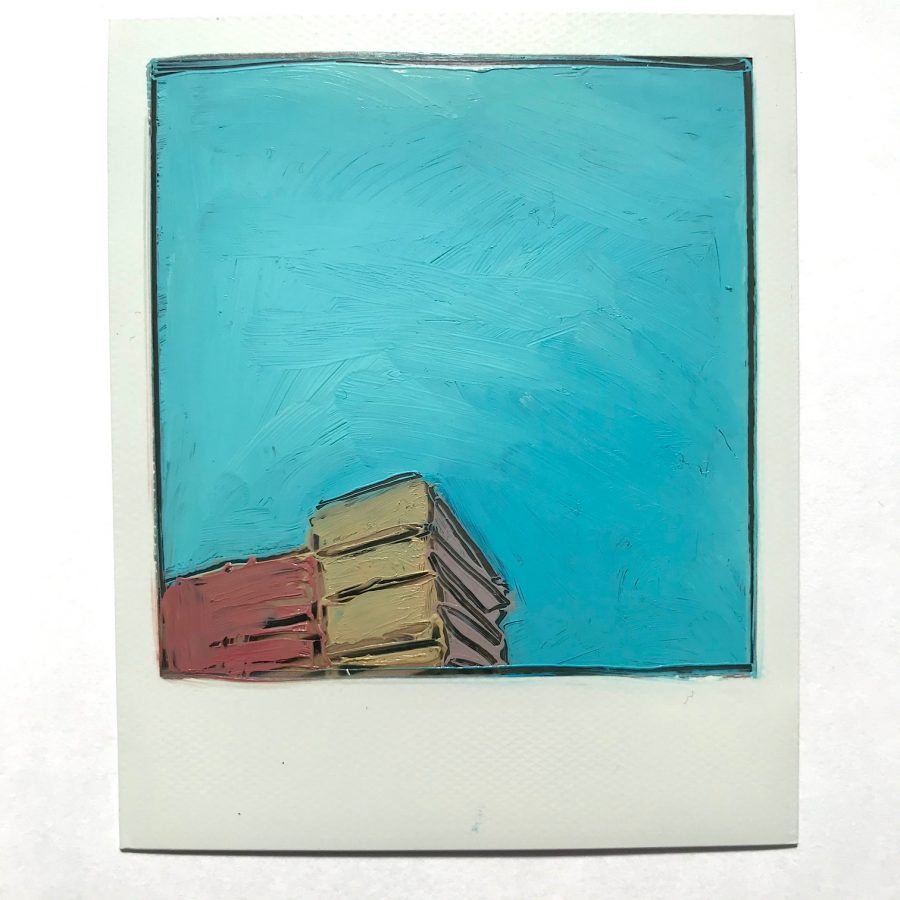 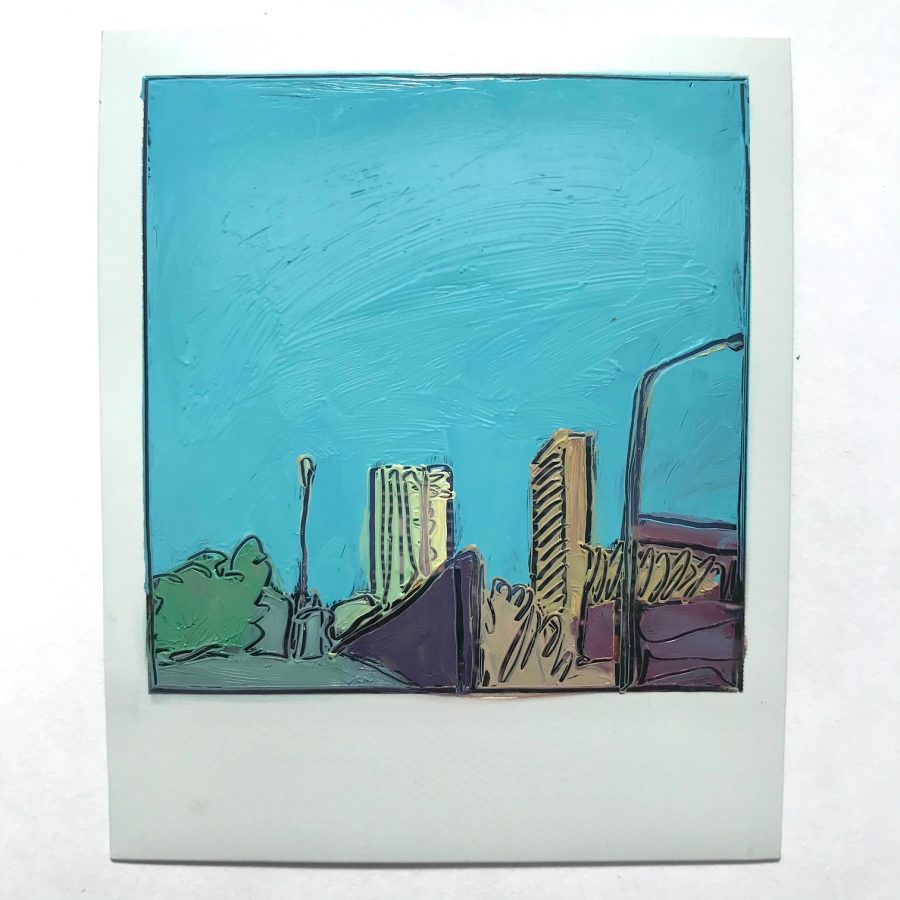 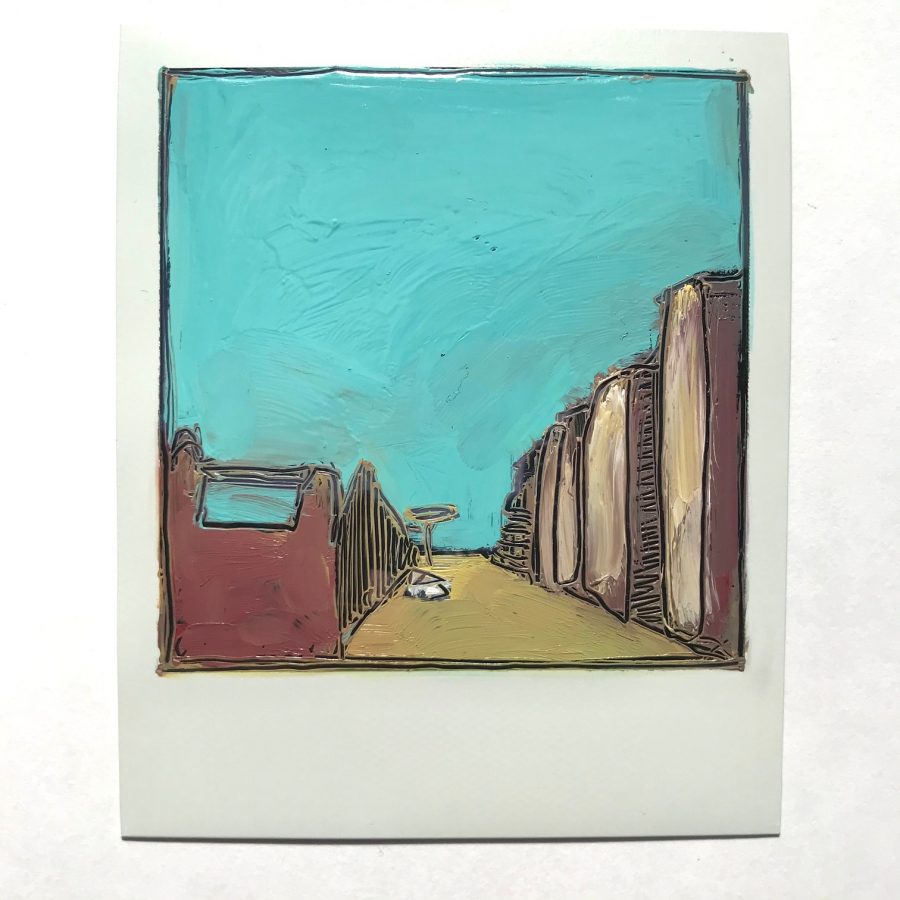 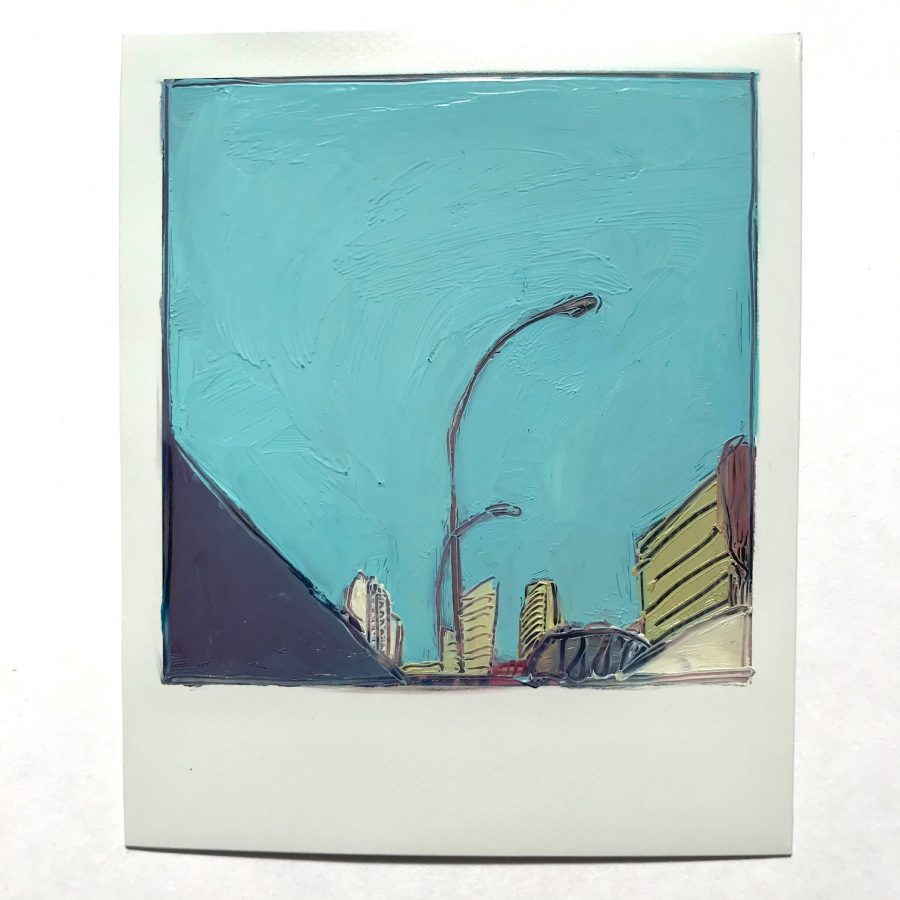 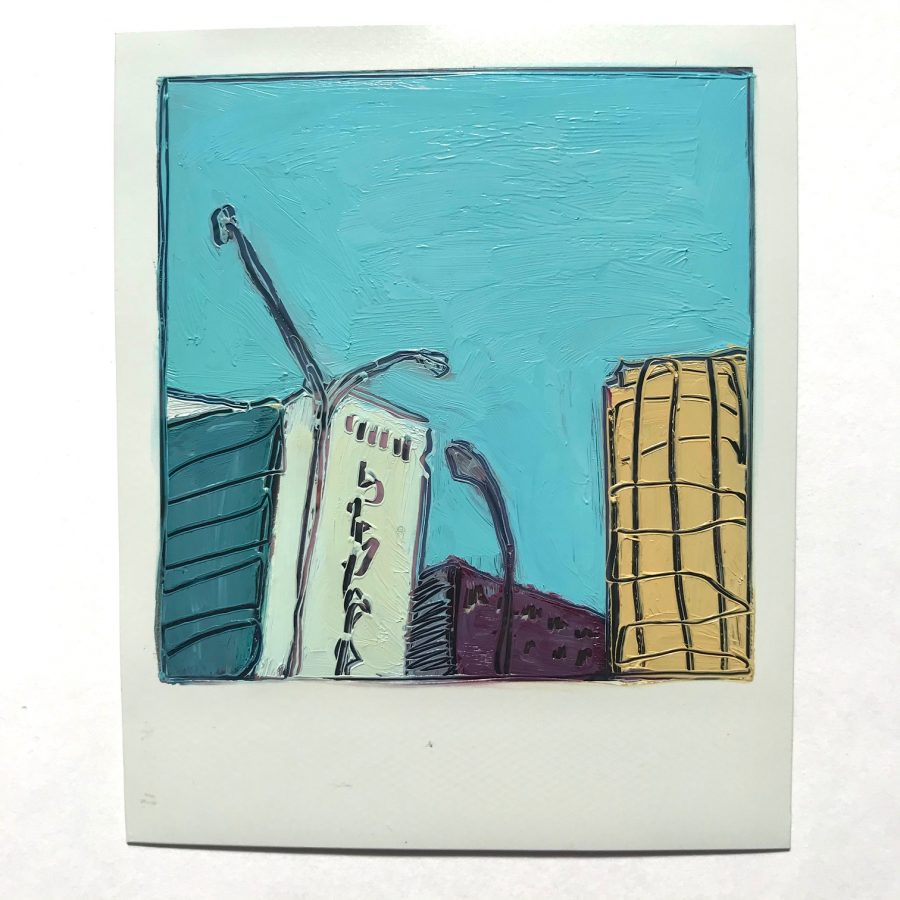 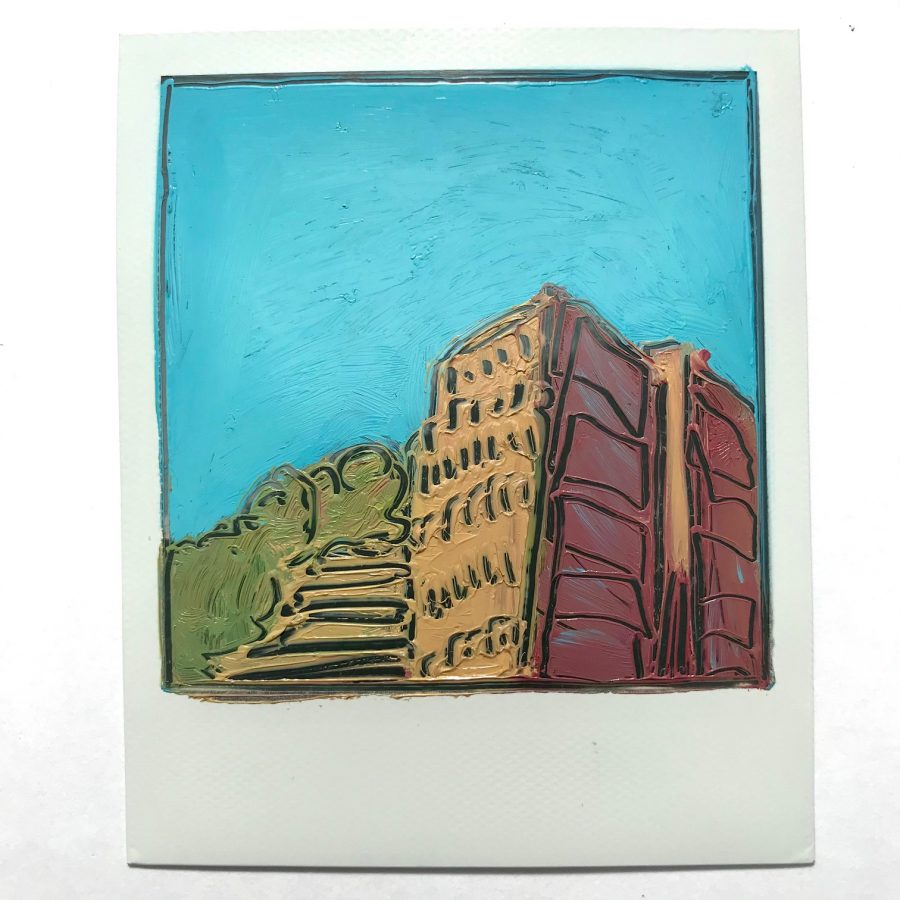 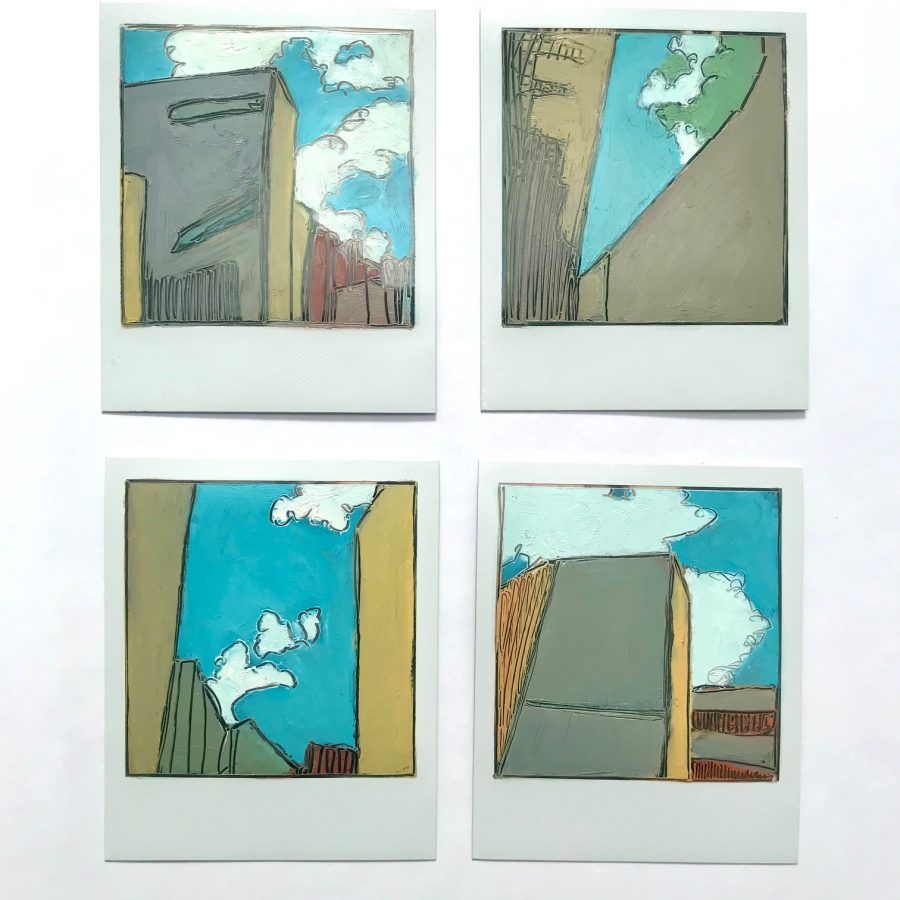 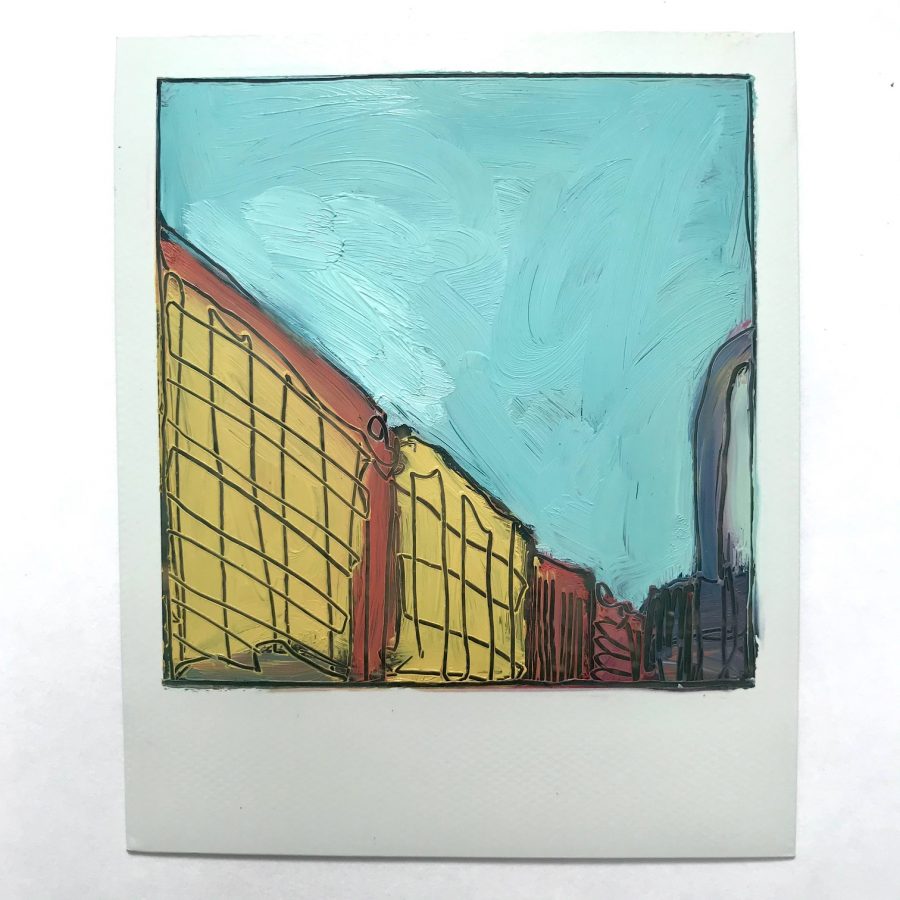 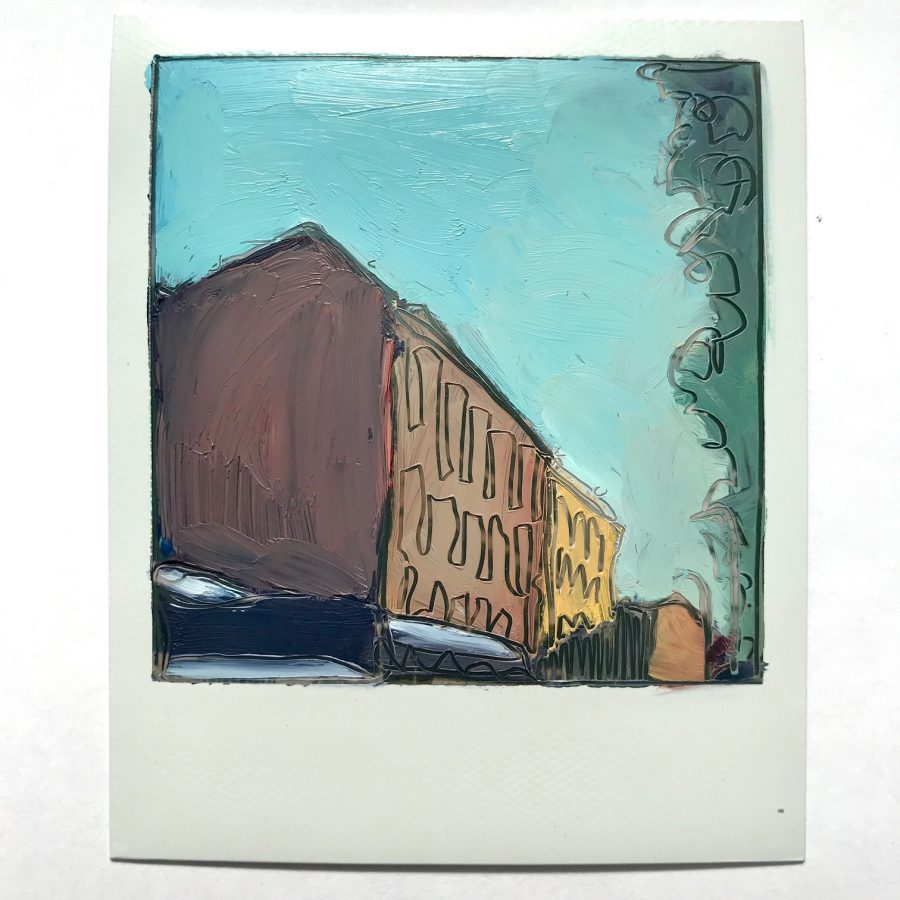 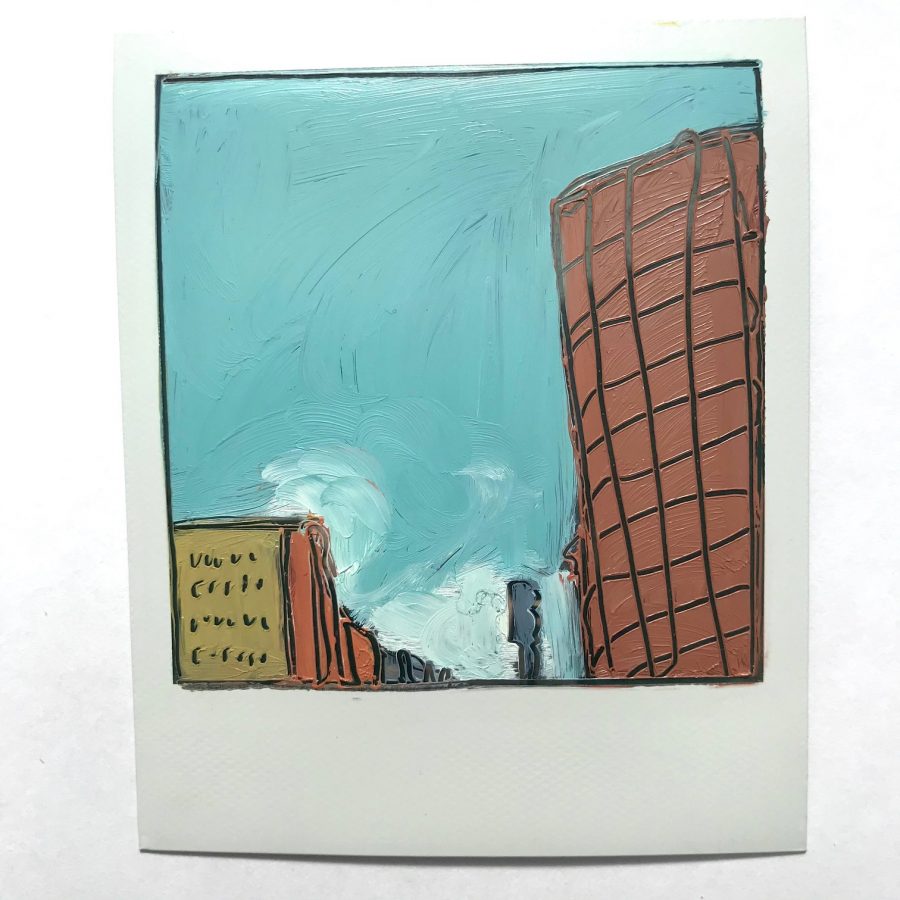 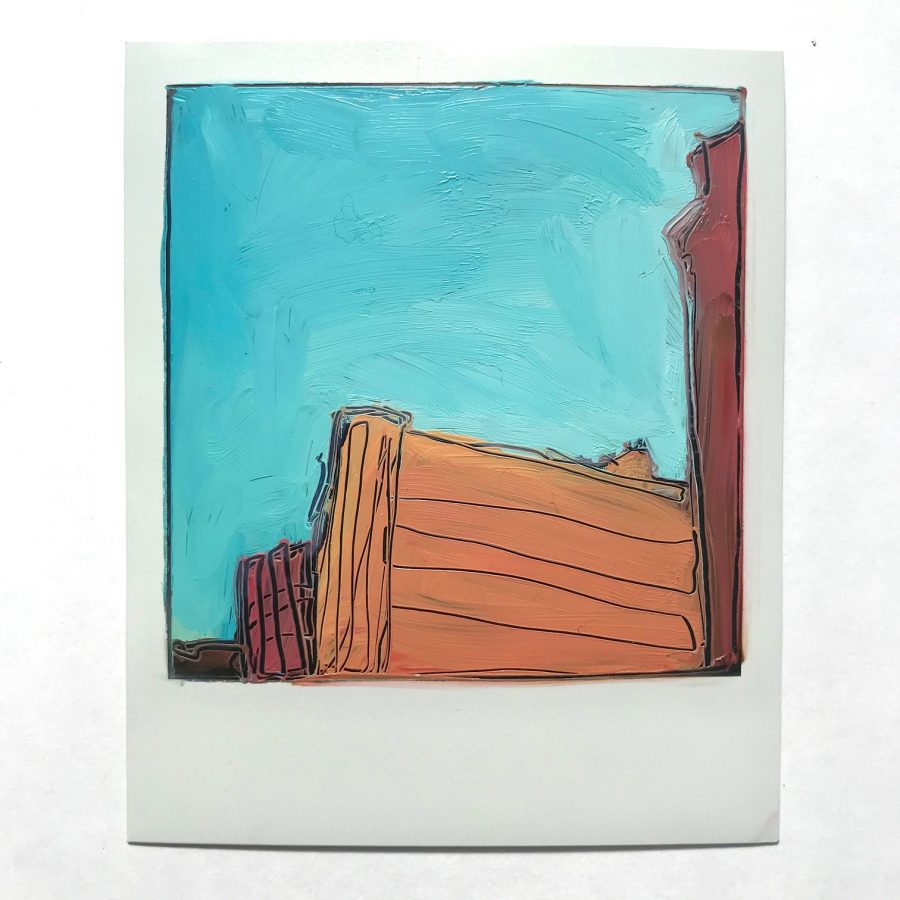 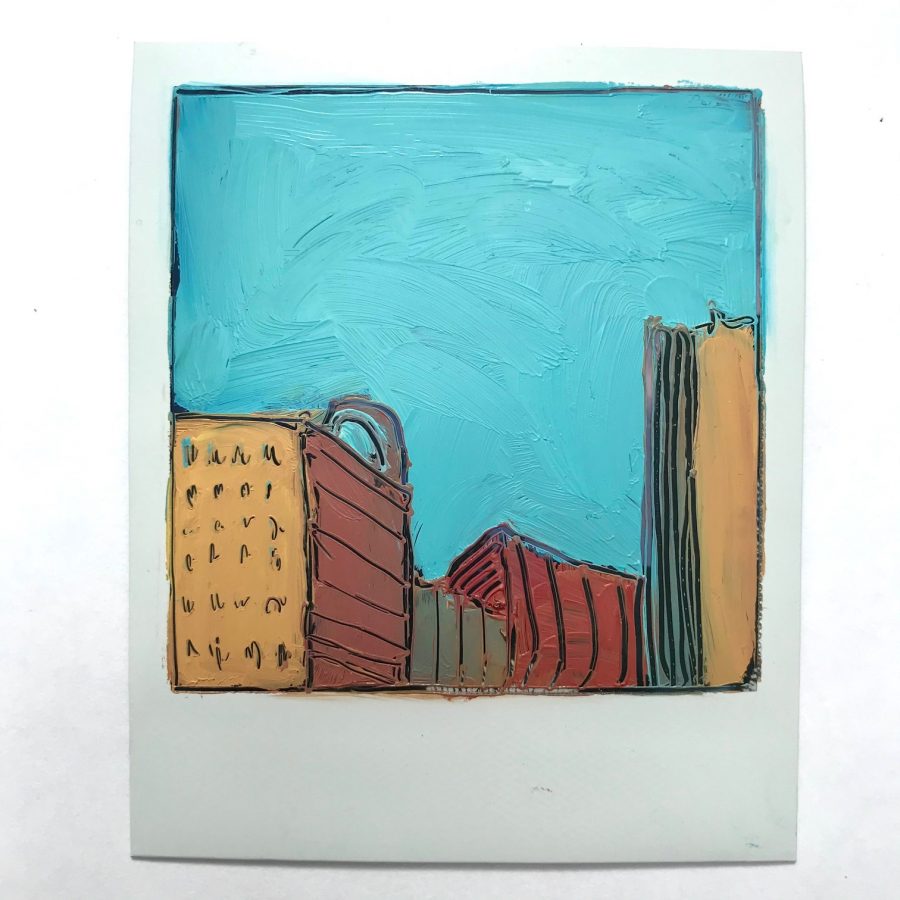